Saratoga, Wyoming-  The biggest names in pool stole the show in the 3 Masters Divisions over the course of 3 days of the Andy Cloth Wyoming Open . Johnny Archer  took down the Saratoga title, Morris took his 6th Wyoming title in the 10-Ball, and local favorite Marc Vidal won his first Wyoming title in the 8-Ball.  200 players in 4 divisions ranging from beginner levels to professional gave everyone in the Rocky Mountain states an opportunity to compete for nearly $30,000 in prize money.  Event promoter Mayor Ed J. Glode  successfully continues his 8th consecutive spectacle along with co-promoter Dragon Promotions . The event is sponsored by widely popular Andy Cloth and  Viking Cues. Local partners include Duke’s Bar & Grill, the Hotel Wolf & Restaurant, and the Riviera Lodge with all events coordinated by Shively Hardware.
In the 10-Ball Masters, Rodney Morris and Corey Deuel showdowned in the finals. Morris has traditionally owned the Friday night start-up events of the Wyoming Open, and this would be no different. Morris would take home his 6th Wyoming Open title.

In the Saratoga Masters, utilizing a creative blend of 8-Ball & 9-Ball, Corey Deuel looked strong going undefeated to the finals defeating Danny Olson and Archer on the way. Morris knocked out Oscar Dominguez before losing to Archer in the semi-finals. Archer bounced back from his loss to Deuel, and won 7-4 in the finals. This would be Archer’s second title win in the game of Saratoga.
In the 8-Ball Masters, Marc Vidal didn’t want to let the title slip through his fingers as it did the year before, and this time he would take home the trophy to Colorado. He got a bye, defeated Mayor Glode, Mark Tadd, Chad Shoulders, and went to a thriller 6-6 with legendary Johnny Archer and took advantage of a dry break from Archer to runout for the victory.

The Iceman got a special toast for baddest beat for rookie visitor. Mika took it all in stride and still had a awesome time and made the fans and players laugh
Amateur Wyoming Open Champions: Perry Gilbert from Casper WY won the Expert division; Joe Richards from Colorado won the Classic Division; Isabella Gutierrez won the Sportsman Division.  Caela Huddleston highest finishing woman in the Expert Division won a $500 bonus.
The Wyoming State Junior Championship Winner results:  18 & under:  Richard Gonzalez; 12 & Under Alex Ingle ;  Pee-wee 9 & under:  Bailey Glode 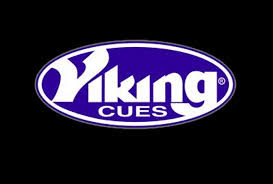 Order Andy Cloth today by calling 307-710-1447   and Like Andy at www.facebook.com/andypoolcloth   and www.VikingCue.com  Official Products used during the Wyoming Open
For more info and to follow the WY Open goto www.facebook.com/wyomingopen
visit www.wyomingopen.com
The event is majorly supported by the town’s own businesses which include : Hotel Wolf, Duke’s Bar & Grill, Riviera Lodge, Pik Ranch, Carbon County, Bella’s Bistro, Lollypops, Shandiin Massage, and Shively Hardware.
For more info or to play in the Wyoming Open contact wyomingopen@gmail.com or call 307-329-8924
About the Organizer:

Andy Cloth was founded in 1973 and has become one of the premier professional playing cloths in the world today. Andy Cloth USA is based in Saratoga, Wyoming and has quickly impressed critics and professional players worldwide. Andy Cloth is used exclusively in major international events such as The Queens Cup, Women’s World 9-Ball Championship, USA’s 103 year old World Tournament of 14.1 , The China Open,The BeijingOpen,  the International 10-Ball Championships in Philippines, the Wyoming Open, the High Desert Shootout, the Women’s International Pool Championship, and many more. Andy Pro Tour Cloth is specially designed for the American pool player market. It is engineered for weather conditions, longevity, ball reaction, and speed. It is the most superior professional performance playing surface on Earth. Visit www.andyclothusa.com

Opening a Can of Texas Tornado

Mosconi Cup 2020 – an opportunity for pool to reach the next level?

KACI’S ALBANIA AMONG LATEST CONFIRMED FOR WORLD CUP OF POOL